InJoy Music was founded in 2003 as a way to reach children of all ages through music. We offer Kindermusik classes for children ages 0-7 and group piano lessons for children starting kindergarten and older. Our educators’ combined experience contributes decades of experience in musical education, therapy, performance, and pure enjoyment!

Research has proven that music enhances children’s lives and helps them become better learners. We equip parents with the tools needed to incorporate music into their families’ everyday rituals, as well as provide benefits to children’s musical, physical, social, emotional, language, and cognitive development.

Our goal is to provide a lifetime love of music in each one of our students. InJoy Music is consistently ranked among the top Kindermusik programs in the world, reaching hundreds of families in the Kansas City area each year. 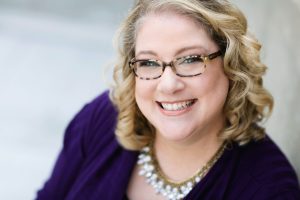 You could say that Amy (Ludwig) Pennington was destined for a career in music. At just one week of age, Amy’s great-grandmother took her tiny hand and said, “This child will play the piano.”

A graduate of the University of Kansas with a Bachelor of Music in Piano Performance, Miss Amy founded InJoy Music in 2003 and offers a bright future for children through Kindermusik classes and Simply Music piano instruction. Her studio has maintained Kindermusik Maestro status since its third year, and is thrilled to be among the top 1% of Kindermusik studios worldwide. In previous years, Amy proudly represented over 5000 educators as the Communications Advisor for the Partnership of Kindermusik Educators, and served as a Business Mentor for new Kindermusik educators. She is featured in dozens of curriculum training videos for Kindermusik International, and piloted Kindermusik’s Level 1 curriculum. She has been teaching piano for over 20 years and is a former officer of the Kansas City Music Teachers Association.

Amy and her husband Aaron have been married since 2004 and have a son, Aidan. They enjoy traveling to different major league ballparks around the country and comparing the quality of nachos at each location. 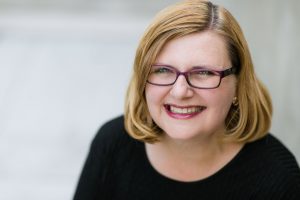 Darcy Maret developed a love for music at an early age. Her family owned and operated a radio station, so she grew up listening to a wide variety of music. Darcy sang in the school choir and began playing saxophone and piano at age 10. At age 14, Darcy began teaching saxophone and piano lessons to a friend’s little sister and has continued teaching lessons ever since.

Since 2008, Darcy has been teaching Kindermusik and working as administrative coordinator. Getting to know the families and watching the children grow up are some of her favorite things about the Kindermusik program. As a teacher and mom, Darcy delights in watching the faces of young children light up with the joy of music. She believes that you can never be too young or too old to begin to learn about music.

Darcy has been married to her college sweetheart, Kevin, since 1995. They have a son, Alexander, and a daughter, Madeline. Both kids are Kindermusik alumni and take piano lessons from their mom. Darcy values spending time with her family. They enjoy playing games, reading, puzzles, traveling, fishing, basketball, and collecting musical instruments. 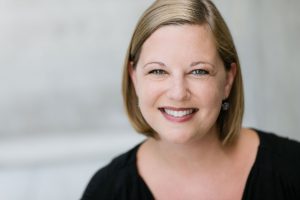 Jaime Tanner has had a life-long passion for music.  She was known as a baby to often reach up from the floor to play her piano at home.  She began taking piano lessons at age ten, and has played piano almost every day since. In the sixth grade, she saw the high school chamber choir sing, and immediately decided that teaching music was what she wanted to do as her career.

Jaime earned her Bachelor’s in Music Education from the University of Miami, Florida, and a Master’s in Music from Kansas State University.  Jaime has sung in professional, church, and community choirs throughout Kansas City, and performed in numerous theatrical productions including lead roles in South Pacific, Joseph and the Amazing Technicolor Dreamcoat, Thoroughly Modern Millie, and The Wizard of Oz.

For 11 years, Jaime taught middle school choir and directed musical productions in the Shawnee Mission School District.  When she had her first child, she took him to a Summer Kindermusik Adventure with Miss Amy.  Jaime was completely enamored with the program, so she resigned from SMSD in 2018 to teach Kindermusik!  Jaime lives in Shawnee with her husband Andy and sons Henry, Eli, and Cole.  In her spare time, she loves cooking, reading, and playing ninjas and superheroes with her boys. 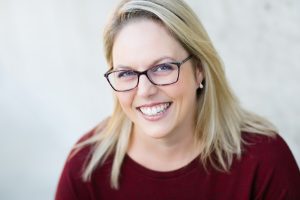 Kate has always had a love of music, and after spending 10 years working in the computer software industry, she decided to stay home to raise small children, and was ecstatic to find InJoy Music to help instill that same love in her children as they grew.

Kate graduated with a degree in English from William Jewell College in Liberty, MO, and has worked as a technical writer and editor, a regulatory compliance specialist, a software designer, and a marketing and graphic design contractor. She is pleased to be a part of the InJoy Music team as Executive Assistant and Operations Manager, where she helps to keep the behind-the-scenes part of the studio running smoothly.

Kate is married to Aaron, and they have three girls: Izzy, Annie, and Lyla. Kate plays the violin and ukulele, loves musical soundtracks and young adult literature, and prefers pie to cake. 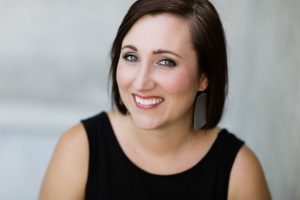 Music has always been the ebb and flow that has made up Laura’s life. She has been singing her whole life and continues to use her singing in areas such as church choirs and the praise ministry band in her congregation. She sang her first solo in church at the tender age of 3 and began piano lessons at age 6 and playing flute at age 10. Laura has enjoyed participating in various choirs and bands throughout her life and attended Graceland College as a Music Major with an emphasis in voice. Laura graduated from Graceland College in Lamoni, IA with a B.A. in Music Education and went on to earn a Master’s Degree in Teaching from St. Mary College. She taught elementary music for several years in Grain Valley, MO and Olathe, KS, and has given piano, ukelele, flute, and voice lessons for over 20 years.

Laura became interested in becoming a Kindermusik educator when she began to realize the value of developing the whole child, and being “process oriented” instead of “performance oriented.” She loves watching the joy children get from simply trying something new in class and feeling that sense of accomplishment.

As a parent of three former Kindermusik boys who now play trombone, piano, and euphonium respectively, Laura believes wholeheartedly in Kindermusik and loves getting to share the wonderful experience each week with other families. 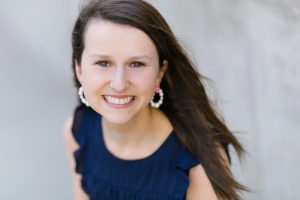 Lindsey Hart has been a life-long musician. She took her first Kindermusik class when she was six months old, and the rest was history! She continued with Kindermusik throughout early childhood and waited for the day when she turned 5 years old so she could start taking piano lessons with Miss Amy at InJoy Music, which she did for 12 years.

Lindsey was in her first theatrical production when she was 7, and quickly found her place on the stage, performing in various school, community, and professional productions around Kansas City for about 10 years. She began taking voice lessons at age 9 and joined her first choir when she was in 6th grade. It was then that she found her true passion in sharing music with those around her. She continued to love musical theater, singing at her church, and in her school choirs throughout middle and high school. She knew then that she wanted to teach so she would not go a day without music and so she pursued her dream of being a music educator.

Lindsey earned a Bachelor’s in Music Education degree from Benedictine College in Atchison, KS, where she spent four years singing in the Chamber Choir, Concert Choir, playing in the Band, studying private voice and piano, and led the A Cappella Group. She graduated in May 2021 and is the choir teacher at Lakewood Middle School in the Blue Valley School District. In her spare time, she enjoys reading, going for walks and bike rides, shopping, and spending time with her family and friends. She is THRILLED to return to her musical roots and owes much of her musical drive to Miss Amy, and her foundation in Kindermusik! 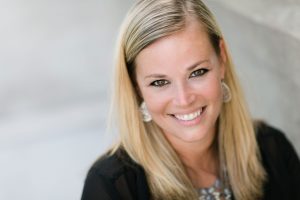 Miss Lindsey could not be more excited to join our new Kindermusik family with InJoy Music. A former graduate of the Kindermusik program in her younger days, Lindsey has experienced the importance of music in young child’s development first hand. She holds a degree in Vocal Performance with a focus in Education through Avila University, and has a strong knowledge of Music Therapy and Early Childhood Development. A “big kid” herself, Lindsey has always enjoyed working with children and thinks that there is nothing better than being part of a child’s life. She truly believes in the educational benefit of Kindermusik and could not be more proud to have the opportunity to instill the value of music in young children. 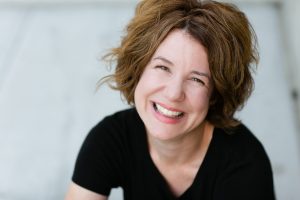 For as long as she can remember, Miranda Grummon’s heart has been captivated by music. She sang her first solo at church at four years of age, and as she grew, she learned how to play the piano, violin, and flute. While at K-State, she played violin in the Kansas State Orchestra, sitting as concertmistress for two years. She also loved playing with her string quartet at KSU. She graduated with a degree in business administration with a minor in music.

After graduation, she gained experience working for both corporate and non-profit sectors. However, when her firstborn son was six months old, she took him to a Kindermusik class and fell in love with the program. She had the opportunity to begin teaching Kindermusik a few months later, and has not looked back. Since beginning teaching in 2009, Miss Miranda has loved connecting with families and sharing her love of music with parents and children. She believes that Kindermusik is the perfect combination of music, movement, discovery, play and love.

Miranda and her husband David have been married since 2005 and are the parents of two boys, both Kindermusik alumni. 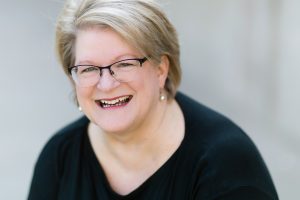 A 25 year veteran Kindermusik educator, Trilla Ray-Carter is thrilled to join the wonderful team of teachers at InJoy Music. She is from a family of natural born educators, is a professional cellist, and is founding director of the Kansas City Baroque Consortium. She has taught music to all ages, and held music teaching positions at William Jewell College, KCK Community College, and Cottey College. She holds a Bachelor of Music Degree in cello performance from the Lawrence University Conservatory in Appleton WI, with post graduate work from California State University, and the UMKC Conservatory.

Many times over in her 40 years of teaching music she has witnessed the joyful benefits of music-making for the very youngest to the oldest of souls. The growing body of today’s research supports what even the ancient thinkers and philosophers recognized about the power of music for the heart, mind, and soul! It is one of the greatest gifts you can give your child!

Trilla is married to fellow musician and music teacher, Monty Carter (violin/viola). They are grateful to share their home with two grey tabbies, Sine and Nomine! 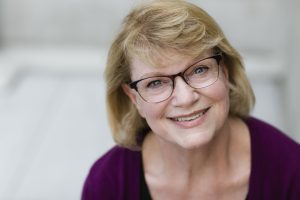 Vicki Ludwig is the Manager of Studio Experiences for InJoy Music, providing support to our educators and ensuring a positive and memorable experience for each of our families. Vicki has been on staff at InJoy Music since summer 2008 when her daughter, Miss Amy, had her son. Vicki’s impeccable organization skills and extensive background in customer service made her a perfect fit.

In addition to her role at InJoy Music, Vicki holds a real estate license and recently retired from Garmin International. She is a talented artist and enjoys reading, gardening, crafting, and spending time with her husband Bob, her three daughters, and four grandchildren.